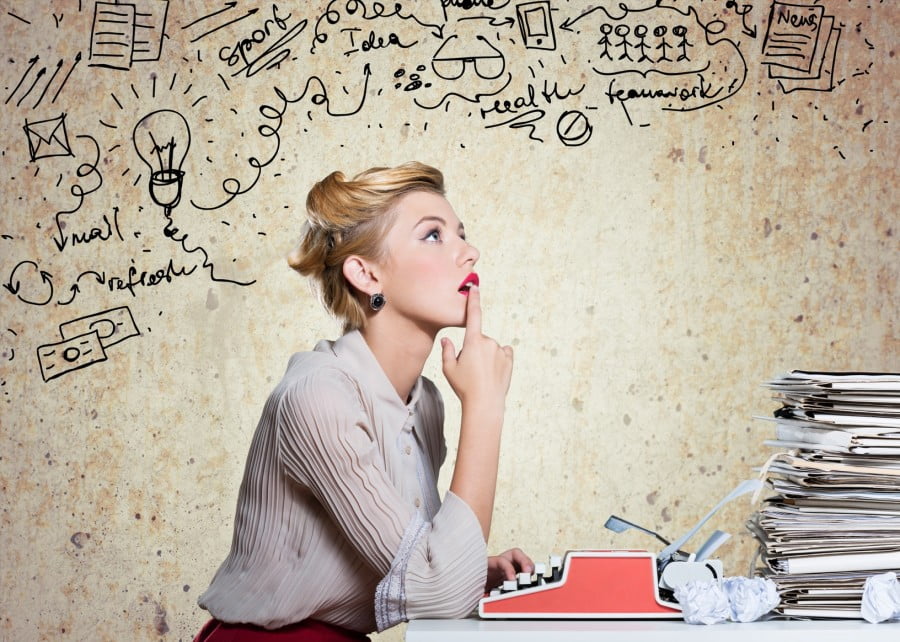 One Space or Two, After a Period?

I’d like to think that I am able to roll with the changing times. I’ve embraced the advancements in technology, office design, kitchen gadgets and even fashion…occasionally. But one thing I cannot get myself to change is the amount of spaces I place after a period in a sentence. My thumb is on autopilot. CLICK, CLICK. “Hi, my name is Brooke, (Hi Brooke) I’m over 40 and I use double spacing between my sentences”. For shame! I can’t help it! During typing class it was engrained into my brain and now it’s there, buried deep into my frontal lobe forever. I didn’t even know it was a thing until I searched the Internet to find a fierce debate raging on about what should be the standard – one space or two? But what is the big deal anyway with the amount of spacing?

Children of the 80’s were taught to double space after sentences because typewriter fonts (as you recall, we were ALL taught proper typewriter etiquette) were monospaced — meaning each character took up the same horizontal space — the resulting abundance of white space between letters on the page would make it harder to tell when a sentence ended. So, to aid in that, two spaces became the requirement.

Now in today’s world of word processors and computers (and everything that is not a very old typewriter) use mostly proportionally spaced fonts, which adjust spacing to the size of the letter. That’s why a proportional font can squeeze 12 letters into the same space where a monospace font can only fit nine.

But still really, who cares?! There are passionate pleas for and against double spacing. But, nothing that I’ve read says it’s a grammatical law to use one space verses two after a period.

In fact, according the MLA, “Because it is increasingly common for papers and manuscripts to be prepared with a single space after all punctuation marks, this spacing is shown in the examples in the MLA Handbook and the MLA Style Manual. As a practical matter, however, there is nothing wrong with using two spaces after concluding punctuation marks unless an instructor or editor requests that you do otherwise”.

So, here’s what I say. If you want to be zealous about spacing, so be it. I’ve never heard any literary critic say, that book would have been really great if the author had only used one space verses two…..but I digress. My thumbs and I will continue to use two spaces out of habit and now maybe spite, too.

In the end if there is a technical reason or personal desire to change your spacing, it’s really easy to do (like I do) after the fact. Just follow these guidelines:

Simply write as you always would (with two spaces) and, when you are finished, got to the toolbar of your word processing program, click EDIT > FIND > REPLACE and then choose to replace all double spaces with single spaces. Problem solved!