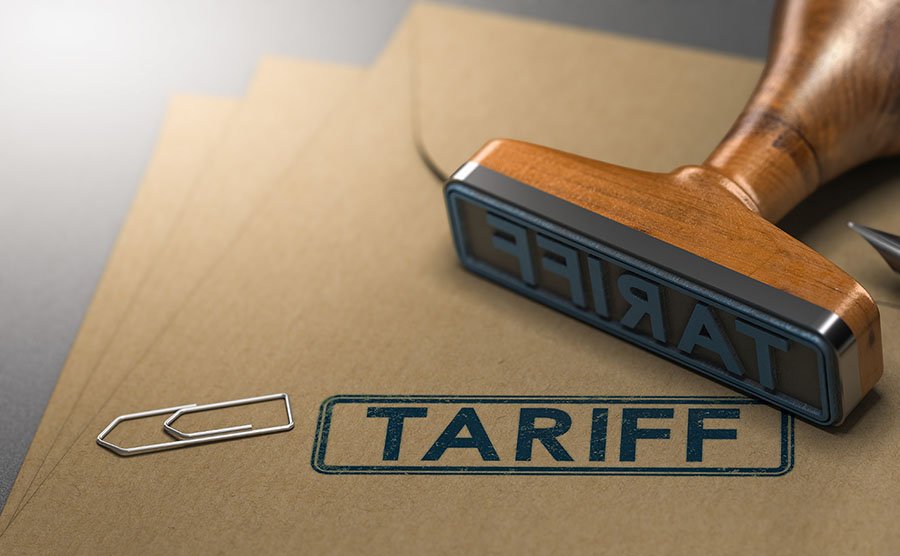 The Cost Of Tariffs On Your Office Furniture Project

In the past year, we saw taxes levied on an extensive range of products the U.S. regularly imports from foreign countries, not the least of which is “Section 301.” The first phase of Section 301 took effect on September 24th with a 10% tariff on both office furniture in Houston and furniture parts imported from China. Phase two is scheduled to go into effect January 1, 2019, increasing the tariff to 25%. Regardless of your political position, we should explore how these tariffs will affect the office furniture buying industry, and ultimately you. We’ll also consider a few ways to avoid the increases in the short term.

The purpose of tariffs is (supposed to be) to aid domestic manufacturers by driving up the price of imports, with the intent of driving business to the now less expensive domestic supplier. If an industry that relies on the imported items cannot absorb the price increase, the additional cost will need to be passed onto the customer. If the cost increase cannot be absorbed or passed on, other avenues of production will need to be explored to keep costs down.

However, (and this is why I said “supposed to be”) even domestic manufacturers will experience cost increases either directly or indirectly from the tariffs. Many manufacturers rely on imported parts and materials like steel and aluminum (which are also seeing tariffs), so there will be an increase in cost to deliver their final product. If a manufacturer were able to source locally, because of the ever-present effect of supply and demand, there would be a cost increase to them and their customer due to production capacity restraints and material shortages. There are also foreign competitors who source materials and parts from China and won’t see price increases due to the U.S. tariffs. They will export to the U.S. with more competitive pricing than the domestic manufacturers.

BIFMA is working hard to oppose Section 301 tariffs, but it likely won’t happen before the 25% that kicks off our new year. If you find this stuff interesting, you can read more here: https://www.regulations.gov/docket?D=USTR-2018-0026

So, what exactly does this mean for your future office furniture projects?

“Tariffs raise the cost of production for U.S. companies and reduce the spending power of consumers… “The costs of higher producer prices are eventually passed along to consumers… And U.S. producers who rely on economies of scale will have to raise their prices if retaliatory measures cause them to lose access to overseas markets.”

It is safe to assume you will see a greater annual increase in price than you have in the past due to bloated material costs. If one assumes that roughly half of what ends up in office furniture in Houston products comes from China, a 10-25 percent increase in cost is substantial enough that consumers will feel it.

You can also likely expect additional price increases from short-term shortages and production constraints as manufacturers and suppliers look for alternative sources when the tariffs go into effect. Protracted lead times are likely for the same reason.

We wouldn’t call it an emergency situation, so you won’t hear any “sky is falling” narratives. A wise man once said though—wrapping up any year-end projects or purchases before the end of Q4 will definitely save you a few bucks. Keep calm, carry on, and do what you gotta do.

How to circumvent the increases (in the short term)

No, seriously. There are two key reasons for this.
1. The 25% increase doesn’t go into effect until January 1.
2. Buying now enables you to take advantage of Section 179 of the Tax Code.

This IRS tax code is an incentive for businesses to invest in themselves by allowing them to deduct the full purchase price of certain equipment (office furniture in Houston) and software from their gross income. While large corporations can benefit from parts of Section 179, the most significant benefit is to small to medium-sized businesses.

Here is how it works

In the past, business would write off equipment depreciation over time instead of the entire price the year it was purchased. Section 179 changes that and enables small business to buy what they need now instead of waiting.

To qualify you only need to lease, finance or buy outright, new or used equipment while it is still within the 2018 tax year (and spend less than $3.5 million). Here is a list of qualifying business equipment.

You can also take advantage of bonus depreciation, and in 2018 it’s at 100%. Even companies reporting a net loss can deduct some of the cost and then carry forward the loss. For more information, start here.

Juggling your current expenses can be difficult. You will have to have funds in place for new employees, office equipment and inventory. Some of the cost associated with growth can be alleviated by avoiding the coming price increase if you can purchase the office furniture you expect to need now.

Should you be worried?

No. So, should you relax? No. Why? The mainstream belief, or should I say “hope” is that the “trade war” won’t spiral out of control. Currently, there’s a truce between Europe and the U.S. with indications that Mexico and Canada will soon agree to certain NAFTA changes that will allow President Trump to declare his victory. However, we then have China, and that is an entirely different story.