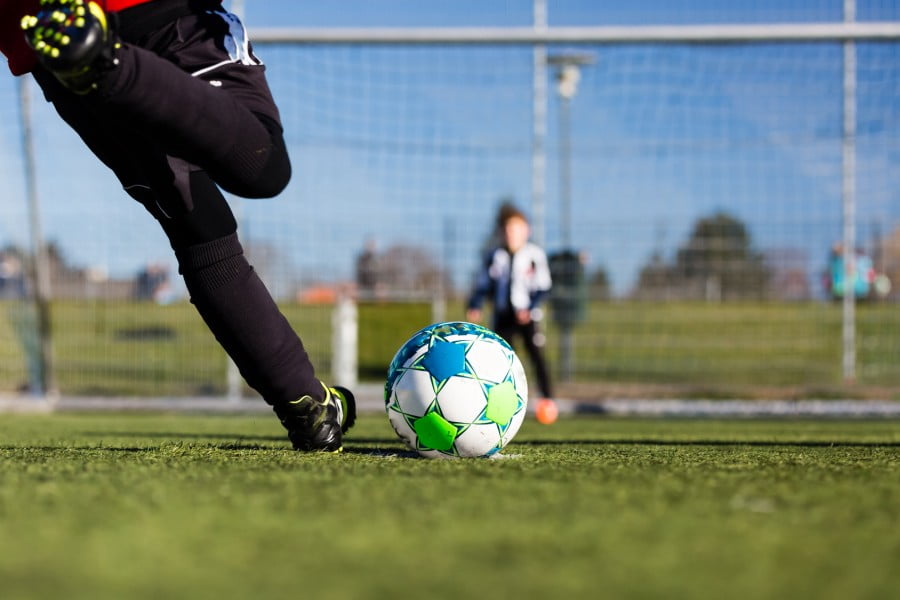 I’m constantly drawing parallels between the workplace and adolescence. This is because I’ve found that being a member of a department is much like being a part of youth sports team. It takes every team member to work together to make something succeed (or share in the blame if something fails). And there is always at least one difficult person that you are forced to interact with, one that is certain it was your fault and not theirs. Don’t you remember accusing your brother for the drink you spilled? This “blame game” is learned very early in life.

Last weekend my family and I went to my son’s soccer tournament to watch him play as goalkeeper. Let me tell you that being the mother of a soccer goalie is a unique kind of torture. It’s the goalie’s job to dive into a sea of oncoming cleats to save the ball. (I have nightmares about Connor getting his teeth kicked in or breaking his nose).

And even more than the risk of injury, there’s the pressure. In goal, every error is magnified and has direct consequences for the rest of the team. Any one player on the field can miss a pass or lose the ball, and it’s generally no big deal. When the goalie misses, the other team scores, and that’s a very big deal. No matter if four other players missed an opportunity to deflect the ball on its way to the goal. The goalie is still the one standing there while the other team cheers. As far as the blame game goes, we’ve witnessed many former teammates (and parents) assess blame to my son. No one remembers the five goals he saved, just the one that he didn’t.

Blame in the workplace can be as trivial and frustrating as it is on my son’s soccer team. Blame is often counterproductive as it undermines workplace relationships and impedes any forward momentum. It’s so hard for a department to move on after a devastating failure but it’s even more compounded if you are the one taking blame. Here are few tips that I use to help my son through blame; maybe it will work for you:

Learn from your mistakes. Mistakes are inevitable and forgivable. Everyone makes them. If you make one, shake it off and move on. Mistakes should not define you or hold you back from success.

Focus on the positives. My son is negative by nature. I constantly have to help him find achievements to highlight the good. Sometimes it’s easier for him to point out positive observations of others when he can’t say something encouraging about himself. In the workplace it’s imperative to focus on the positive. Place the energy on fixing the mistake without directing attention on placing blame.

Talk it out. There are times when it is more beneficial to talk with someone unrelated to the situation. Maybe discuss it with a supportive friend or coworker. It may helpful to get your mind off the situation so you can discuss it less emotionally when the pain isn’t so fresh.

Evaluate. Lastly, try to evaluate your situation and discuss as a team how you can stop the error in the future. That way everyone is invested in moving forward and everyone can take part in the responsibility of not repeating mistakes.

Let’s face it, it’s easy to go around blaming others when things go wrong and in many cases, it really is someone else’s fault. But the problem is that blaming others will never help us move forward and intentionally making them feel guilty is emotionally damaging. Staying focused on opportunities to do better in the future instead of assigning blame is how the game should work!