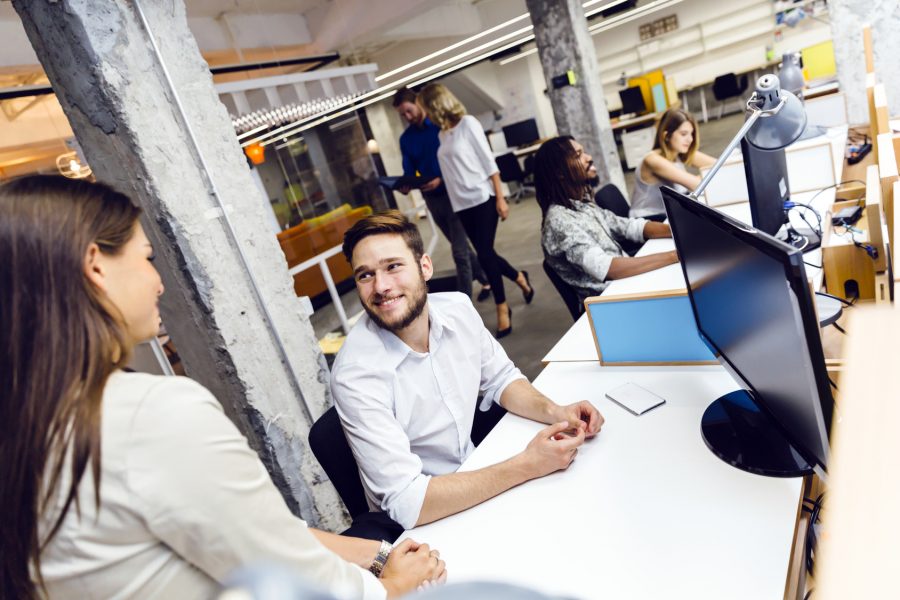 Last week my husband and I attended our son’s elementary school “Meet the Teacher” night. Since my job focuses on office design and office furniture in Houston, I was amazed at the parallels between today’s classroom and today’s office space. Both are trending towards the same thing – open, unassigned seating. Seating is arranged to allow the students (or employees) to choose a spot where you can do your best work. The idea of unassigned seating still remains unsettling to me. I’m so old school that not having an assigned office desk makes me panic. It’s a weird and foreign concept but it absolutely is the best thing for my 7 year old. 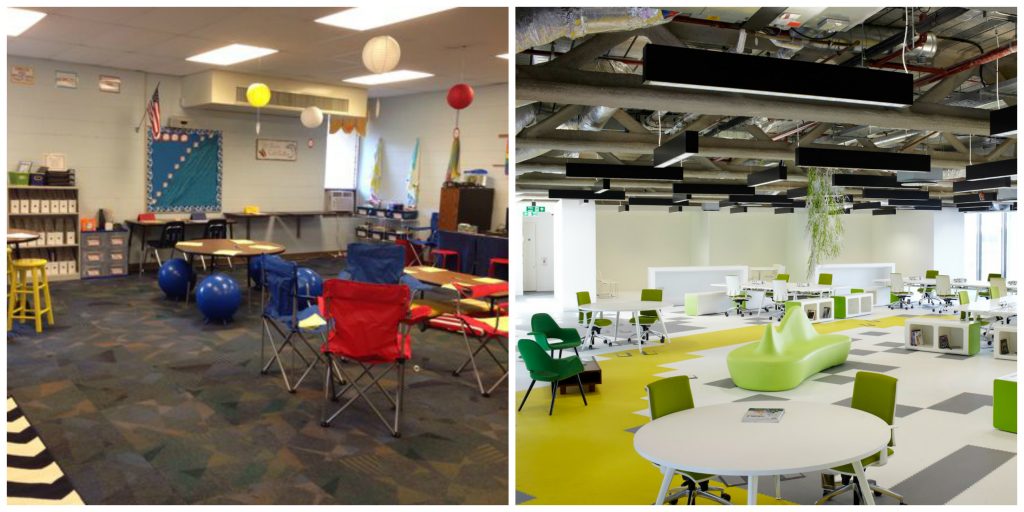 Do you currently work in an open office space with unassigned seating? If not, imagine coming to the office every day and not having your own office desk. There’s no place to call your own, no pictures of your family lining your office cubicle. Instead of an office desk, you’re given a laptop and a license to roam across a variety of office landscapes ranging from conference rooms to couches.

Would an unassigned seating arrangement work for you?

Some businesses have already tried it and have found that the workspace with unassigned seating needs to be carefully managed. Kimberly D. Elsbach, a management professor at the University of California, Davis, who has researched the effects of “nonterritorial offices” on workers, found that most workers adapted to their new work environment, but some of those who didn’t felt they had lost some of their identity in the office because they weren’t able to personalize their space.

Other workers, she says, felt less organized. “They said ‘every day I had to unpack everything and recreate some semblance of my space before I get started.’ ”

Still, the system appears to be gaining traction. In a survey of 950 companies, the International Facility Management Association, a trade group for office-facility managers, found 60% had some unassigned workspaces in their offices, and about half said the number of employees using the unassigned space had increased in the past two years.

Does your current environment bring people together?

The office space provides a place to work, collaborate, and meet new people. It gives you the tools to get work done. It also brings people together to build organizations. Unassigned seating breaks down barriers between departments and opens our world to people we may have never interacted with. As work becomes busier and virtually inseparable from the rest of our lives, our offices have a greater impact on our wellbeing as individuals and as organizations.

Seating arrangements play a huge role in worker productivity (and student performance). Office workers (and students) are happiest and most productive in an environment that allows them to utilize a variety of different spaces based on the task they are performing. Hence, it is the duty of the facility management (and teachers) to wisely select an office (classroom) design that best suits their particular business (and classroom) goals. That may mean getting rid of the traditional office desks and classroom desks from the 90’s. It’s time to move away from the old school mindset and embrace this new office design approach. If my 7 year old can do it, so can you and I. By the time he gets into the working world, the open office concept will be his norm. The idea that anyone would request their own assigned desk will be a weird and foreign concept.