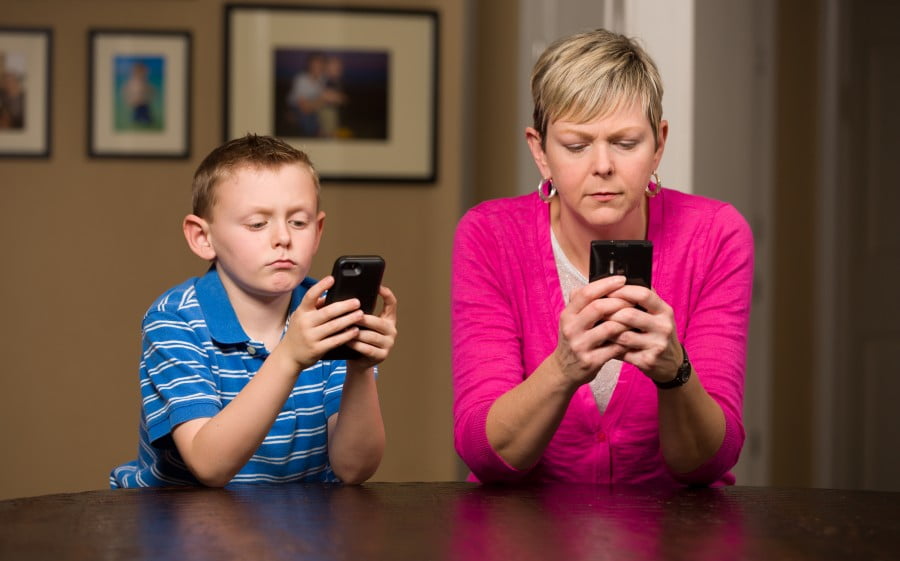 Unplugging From Technology In 2 Steps

Hi. My name is Brooke and I’m a technology addict. Whenever my device dings, I run to it like Pavlov’s dog! I first realized I had a problem while my husband and I were binge watching The Walking Dead on Netflix. There was a pause in the episode to address the needs of our 10 year old and when my husband walked out of the room to help, I immediately reached for my phone! It was at that moment when I discovered that I couldn’t just sit there for 2 minutes without checking Facebook, Twitter or my email. What did I do before technology; did I just sit there patiently staring at the wall? I needed an intervention. I decided to implement a plan to take a break from my digital life by unplugging my technology. So, during Spring Break this year, I did just that. And I’d like to report that I did rather well without my technology tether!

I made two simple changes.

First, I turned off all of my push notifications on social media so there wasn’t the constant temptation to look at my devices. Then, I scheduled my “screen time” so I only checked my email and social media after the kids went to bed. I gave myself a one-hour window to thoroughly check all “important” updates. This gave me the chance to be “unplugged” while still being accessible and up-to-date. Most critically, I was still able to live vicariously through everyone else’s Florida vacations.

Secondly, the kids and I stayed busy! We had a daily away-from-the-house event. During the 7 days of being together, I noticed something miraculous: I discovered that once we all put away the cell phones and tablets, we were fully present, hearing every word we were saying to each other. It is very a painful thing to admit but normally I am constantly distracted by what emails are coming in, who’s texting me, who posted something witty on Facebook during the time that that I should be paying attention to my kids. All of which I’m sure says to them “someone else is more important that you”. But this week, I made a conscious effort to be there, in the moment. I even made eye contact!

It sounds so ridiculous to type that last sentence but it’s true. My technology distraction would take my mind away from the conversation when they would want to describe to me (in excruciating detail I might add) about a battle that occurred during a video game they were playing. Believe me, both of my boys were born with the ability to TALK and TALK and TALK (I have been known to mention to them how their mouths run like ducks butts) but I know it’s short lived. I’ve seen it happen to friends with older kids; there will come a point in their lives where they DON’T want to talk to me anymore about anything. I need to realize, now is the time to LISTEN even when I can’t quite follow the content of what Pokémon character is doing what or exactly why something is happening to whom in Minecraft.

So, that was 7 days – not a long time, but long enough to realize I’m in a really good place with them right now. It was really hard to put away the devices but I’m enjoying life and I love spending time with my boys. I know I’m not alone. I’d say most of us are addicted to our screens in some fashion. Technology is intended to make us more productive and efficient. However, it can also be a way of escape and distraction when we don’t set up boundaries.

When was the last time you disconnected digitally in order to renew your body, soul or mind? When was the last time that you sat down to have a real talk with your friends or family? Instead of disappearing in a device, force yourself to spend time in the messy, incredible, sometimes mind-numbingly dull, or unpleasant real-world situations around you. Heck, it might just give you something good to tweet about.